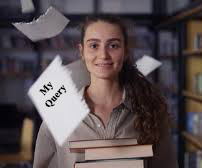 MOURNING DOVE will help prevent human extinction. It may save your life, <AgentFirstName>, but more likely it will save family members you love or will someday love. Harriet Beecher Stowe is my inspiration. Her UNCLE TOM’S CABIN helped end slavery in America. My target audience is those who agree with Greta Thunberg that “our house is on fire,” and that we all must do what we can to put out the fire. My research about you makes me think you agree with her. Please become my agent and join me in saving our world. My query follows:

As her mother’s body was lowered into the ground, Jen vowed she would fulfill her mother's mission to lead their family to Antarctica, despite the danger of getting past those who survived the climate catastrophe by murdering for possessions that kept people alive.

“Beauty on the curb, lying by the road, face on hot cement, dying crying there.” This was a line of a poem by Max Nytlee. He and his wife, Roch, were close friends of Jen's grandparents. Their home was the first stop on Jen's mission. The poem described how, as a young man during the climate apocalypse, Max saved the beauty’s life and married her. Another of his poems included the line, “With guns on hips, for meds my wife searched the city to save my life.” Roch died of natural causes as an old woman. Max died three weeks later because he wanted nothing more than to keep writing her poems. While Jen shoveled dirt to help cover Max's coffin, she changed her mission to include “romance.” She wanted someone to love her as much as Max had loved Roch.

On the next stop of her mission, Jen was raped and murdered by someone who killed to survive.

<AgentFirstName>, you may be thinking, “What? This crazy author kills off his likable point-of-view character early in the novel?” Yes, I do. Stowe kills off Uncle Tom and Little Eva because ending slavery required her reader’s tears. Preventing the end of all life on Earth similarly requires tears. MOURNING DOVE will make you cry.

In MOURNING DOVE, Jen’s brother, Ttuuee, took over Jen’s mission. He was brilliant, resourceful, and fully dedicated to giving meaning to his sister’s death. Ttuuee and his family fought climate change, cured themselves from terrible illness, and prepared a boat to transport themselves by sea. They battled pirates near the South Orkney Islands, staved off an evil queen in Antarctica, and experienced romance while rebuilding civilization.

As research, I read more than 100 climate-change books, mostly about climate science. I connected on social media with 36,000 climate scientists, activists, and other climate professionals, and I communicate with many of them. To my own surprise, I've become a recognized climate change expert. I have used climate-related podcasts, writings, and even a speaking engagement to promote MOURNING DOVE well before I even have an agent. As I acquire an agent, a publisher, and a publication date, I intend to be doing far, far more. For proof of my writing skills, Ballantine Books published my novella "Oceans Away" in Stellar Short Novels. I ghosted for U.S. Senator Paula Hawkins, and my op-eds appeared under her name throughout the United States. Several of my articles were published in national journals, and I will be featured in a climate documentary. On Facebook, Twitter, and LinkedIn, I have 65,000 connections following MOURNING DOVE. Some are stunningly famous and I will ask them for cover blurbs. My author page has had 100,000 hits and my blog 10,000.

MOURNING DOVE is 81,000 words. This is a multiple submission. Thank you for your time and consideration.

Posted by Shawn Oueinsteen at 3:35 PM