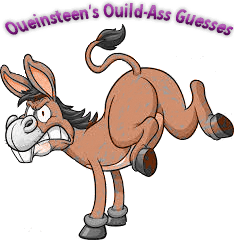 Global warming has obviously started to hurt us. It is now more properly called the climate crisis. We are experiencing thousand-year storms with unheard-of floods. We have wildfires. We have droughts. We have water coming onto the roads on sunny days in South Florida.

Based on my having read more than seventy books about climate change as part of research for writing my climate novel, here are my Oueinsteen Ouild-Ass Guesses:

Of course, there is always the “miracle scenario.” Within the next five years, man could develop room-temperature superconducting, desktop fusion power, and/or a perfect smokestack scrubber that not only makes burning fossil fuels carbon free but also draws carbon down from the atmosphere. Or, Einstein's successor could come up with a perfect unified field theory and we will have full control of space and time. But if you believe such miracles can happen, there's a bridge in Brooklyn I could sell you.

Sorry folks, that’s the way I see global warming playing out. These are my best guesses.


I am writing a powerful global warming novel as part of my personal war against the climate crisis. Please help. Friend me on Facebook, Follow me on Twitter, and connect with me on LinkedIn.  I need a great publishing company to market the novel and print a lot of copies. Publishers look at an author's social media numbers as a sign of potential buyers. So please Friend me, Follow me, and Connect with me, and comment on what I post. Consider it as doing a small part in saving humanity from the ravages of global warming. Thanks.