A Great Novel Can Change the World 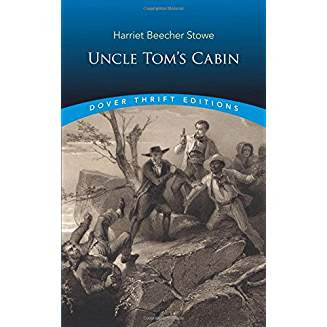 In 1862, Abraham Lincoln met Harriette Beecher Stowe. He is said to have told her, “So you're the little woman who wrote the book that started this great war!” Lincoln’s words may be apocryphal, but there is no doubt that Stowe’s book, Uncle Tom’s Cabin helped to persuade Northerners to fight to abolish slavery.
John Steinbeck’s Grapes of Wrath persuaded Americans to improve the plight of migrant farm workers. George Orwell’s 1984 changed how the Western World looked at Communism. Upton Sinclair’s The Jungle brought about laws regulating the meat industry of the United States. These are just a few of the thousands of books that made a difference.
Not my genre. Most Americans who love books today read thrillers, epic fantasy, or romances (often preceded by the word supernatural, teen, historical, etc.). But if a novel is good enough, it will attract readers from all genres. Most of us who love reading novels fondly remember when a friend raved about a book, telling us we must read it, even if it is not our genre. They said, “It’s a great book. You’ll love it.” We read it, we loved it, and it is something we will remember with joy for the rest of our lives. Those are the books that have the power to improve the world.
Not tonight, honey. This book is too good. A writer succeeds when the readers can't stop reading, giving up food, sleep, and sex, because they can't put the book down. The greatest compliment I ever received was when an MIT student complained that my novel gave him a bad grade on an exam. Readers fall in love with great characters and identify with those characters. If you are reading about Jean Valjean running from the police through the sewers of Paris, you feel as if you are in the sewers of Paris. When you read of young King Rob murdered as he is married at The Red Wedding, you are in shock, thinking, “No, he can’t die.” And when a character is singing in the rain after a kiss from a girl, you feel like singing in the rain. The reader experiences the emotions of the character, feeling them in the heart.
Facts, numbers, so what? Feelings of the heart persuade forever. Harriette Beecher Stowe knew the numbers: the percentage of slaves who died after being sold “down the river;” the number of little children separated from their mothers. Instead of numbers, Stowe describes Eliza grabbing her little son, who was just sold to a slaver, and carrying him in her arms on floating blocks of ice to cross a river. The reader knows the only way that could happen is if it is the will of God. As a reader, you know that God does not approve of little boys sold away from their mothers.
Two degrees Celsius, 400 parts per million? Climate change needs a novel. Mourning Dove, the novel I am currently finishing, has characters the reader falls in love with. When the characters suffer due to climate change, the readers feel their suffering.  I expect readers to cry. Mourning Dove is a very romantic novel. I expect readers will cry tears of sadness, but they also will cry tears of joy. Instead of singing in the rain, at the end of the novel, readers will be singing the song of the mourning dove, koo kurikoo koo koo. And their thoughts about global warming will be changed forever.

Please help me in my personal war against global warming. Friend me on Facebook, Follow me on Twitter, and connect with me on LinkedIn. I am writing a powerful global warming novel. I need a great publishing company to market it and print a lot of copies. Publishers look at an author's social media numbers as a sign of potential buyers. So please Friend me, Follow me, and Connect with me. Consider it as doing a small part in the great war against global warming. Thanks.

Posted by Shawn Oueinsteen at 4:23 PM